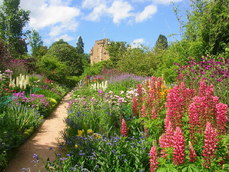 Crathes is a well known location in Aberdeenshire due to several major attractions such as Crathes Castle which is run by the National Trust for Scotland and welcomes a large number of visitors each year, the Milton Craft Village on the banks of the Dee with its art gallery, craft shops, eateries and the Royal Deeside Railway, also based at the Milton, which captures the flavour of the steam age railways.

The Deeside way is a popular recreational feature and passes through the heart of the community; Crathes is a manageable outing for cyclists, runners & walkers from Banchory, Drumoak and Aberdeen. There are many other possibilities for walking and biking in the forests and hills affording outstanding views over Desside and towards to Cairngorm National Park.
The River Dee also presents a major attraction, especially for anglers looking to catch the salmon of a lifetime.  Public access by the riparian owners is allowed and walkers are asked to respect any fishermen and control their dogs.

The area extends from the 40 mph signs at the east of Banchory, North to the Hill of Fare and south to the Durris Bridge over the Dee, where it boundaries with the Durris area. The border with Drumoak, is approximately ½  mile east of the junction of the A93 Aberdeen to Braemar with the A957 to Stonehaven.

At this junction is the small but expanding settlement of Crathes including a village hall which is an active centre with a variety of community activities including exercise groups, dramatic productions and other social events. There is a monthly coffee morning referred to as the Crathes Fly (every 1st Saturday) open to all.

The Leys Estate is the largest land owner and the rest of the area is a mixture of farms, small holdings and private rural dwellings broadly scattered and linked by unclassified roads. There is a Primary school in the country between the A93 and the B977.  There is one housing development in Crathes, which will add 45 households to the existing settlement of some 20, these should be completed in 2016.  The main issues affecting Crathes are planned developments and their impact on the character of the area, and with several important roads, road safety and environmental impact are also high priorities.

More information can be found at: